Socialism demands that we place blind trust in whoever takes the power to distribute society’s goods and services. History shows those who have this power abuse it in horrific ways.

Nikolai Bukharin was executed by shooting in Moscow on March 15, 1938. He had been revered as a giant of the Bolshevik Revolution in Russia, as one who even worked side by side with Vladimir Lenin himself. Alas, Bukharin’s Marxist chickens had come home to roost by the time he was shot like a dog during Josef Stalin’s reign of terror. His execution marked the pinnacle of Stalin’s show trials of high-level officials.

You see, Bukharin invested in building a political system that inevitably puts the reins of power into the hands of just a few strongmen who end up calling all the shots. It’s a system in which suspicion and the smell of treason tend to hang in the air.

Socialism, by the way, is just such a system. This is the case whether you call it by any other name, whether communism, utopianism, or collectivism. Oh, go ahead and slap some lipstick on that pig and call it “democratic” socialism or “progressivism” or “communitarianism.”

Lenin and his gang all started out calling themselves socialists. Social democrats, to be exact. So the fact remains: the path of socialism is ultimately paved with coercion, censorship, and, yes, terror. Does stating this make me an alarmist? No. It makes me a realist.

Socialism Is a Bait-and-Switch Scheme

Sure, this oligarchy claims to distribute in the name of “equality.” That’s typically the cover story. The historical fact is that the vanguard, the power clique, eventually takes control of everything that’s produced—medicine, education, housing, food, transportation, etc. Its members then bureaucratically ration out—as they see fit—the means of human survival. In the end, you’ve basically got an elite corps of mobsters with the power to decide which folks are more equal than others.

Socialism also has a way of producing bloated bureaucracies that in turn produce ever greater scarcity. Along the way, this produces ever more corruption and cronyism. Censorship puts down deep roots because dissent cannot be tolerated or the system would collapse. Those are all prime ingredients for a closed society and surveillance state. Yet everybody is supposed to lay back and enjoy it.

Millennials for Bernie Sanders, Be Careful What You Wish For

So why should we meditate on the gruesome anniversary of Bukharin’s execution 78 years after the fact? Because Stalin’s purges and the reign of terror he invoked throughout Soviet society are actually pretty natural outgrowths of a system that puts too much power in the hands of too few people. That’s why.

Yet the current professed yearning for socialism—a system so conducive to corruption, cronyism, censorship, and coercion—just keeps rearing its ugly head. One case in point is the open support for Stalin himself in today’s Russia. On March 5, the anniversary of Stalin’s death, a group of communists led a brazen procession to his grave to pay homage to this man who is responsible for the deaths of untold millions during his reign of terror in the Soviet Union.

We are also witnessing a new trendiness for all things socialist and communist among college youth. They sport T-shirts featuring the image of nauseatingly murderous tyrants like Che Guevara. Thanks to the popularity of the avuncular Bernie Sanders, coupled with an astonishing ignorance of history, millennials have fast become trusty mouthpieces for socialism. This is ironic, because socialism has a way of redistributing power away from the “99 percent” and puts it into the hands of the few central planners—a teensy fraction of 1 percent—at the top.

Then what? Well, too often the answer is in the title of this recent article written by libertarian Matt Kibbe: “Socialism Kills.” R.J. Rummel chronicled and documented the killing habits of socialist regimes in his work “Death by Government.” There’s an indisputable correlation between big government and terror that keeps turning up throughout history. That’s because big government is really Borg government. It just can’t get enough of itself.

We’d better get acquainted with it if we’d like to avoid it, no?

Bukharin’s execution, as well as all of the wild show trials with forced confessions and executions of so many high-level Soviet leaders, caused shock and disillusionment among several prominent communists in the West. (One of them, Arthur Koestler, reflected on the impact of the show trials in his novel “Darkness at Noon.”)

Bukharin wrote more than 30 letters to Stalin while in prison, none of which were answered. But his last letter is particularly poignant. It’s an utter mess of emotions and contradictions: wailing self-pity, confession to crimes, pleas for his innocence, Stockholm Syndrome, total despair, and hope against hope. He referred to Stalin by his revolutionary nickname “Koba,” in an attempt to hearken back to their old Bolshevik days of being comrades-in-arms.

But Bukharin knew he was finished. In that last letter, he requested poison to drink rather than a bullet to the head. (According to one report, he was made to watch the executions of 16 other defendants, then shot last.) He requested to see his wife and infant son. (Obviously, not granted or answered. His wife was sent to a gulag prison camp.)

He even requested to be exiled to America, where he promised to wage Stalin’s war against by-then-enemy-of-the-people Leon Trotsky, the founder of the Red Army. (This seems a pathetic Hail Mary pass.) He also expressed regret for pal-ing around with Lev Kamenev, another high-ranking Bolshevik Stalin had purged earlier.

In me you have lost one of your most capable generals, one who is genuinely devoted to you. But that is all past. It is bitter to reflect on all this. But I am preparing myself mentally to depart from this vale of tears, and there is nothing in me toward all of you, toward the party and the cause, but a great and boundless love. I am doing everything that is humanly possible and impossible.

I have crossed all the t’s and dotted all the i’s in spite of a headache and with tears in my eyes. My conscience is clear before you now, Koba. I ask you one final time for your forgiveness (only in your heart, not otherwise.) For that reason I embrace you in my mind.

One Soviet scholar in particular, Stephen Cohen, has defended Bukharin as courageous, and as one who never truly confessed but engaged in a war of words—in an Aesopian language—during his spoken defense at the trial itself. Be that as it may, Bukharin’s letter displays the full human wreckage that lay at the end of the road of socialism.

A fascinating postscript here is that Cohen came into possession of the last letter Bukharin wrote from prison to his young wife Anna Larina. Cohen actually delivered it into her hands in 1992, 54 years later.

Bukharin’s letter to Anna displays in stark clarity what a socialist system ultimately does to the most intimate of human relationships. Once socialism is entrenched, it is tailor-made to separate human beings and stand in the way of intimacy. Indeed, its general premise is that the good of the collective trumps the good of the individual, which means it is actually invested in wreaking havoc on family relationships and loyalties.

Below is an excerpt from Bukharin’s letter to Anna Larina. It’s loaded with pathos, suffering, loneliness, and all manner of contradictions. It’s a testament to the fact that in the end, we only want familial closeness with real, flesh and blood people. Not “communitarian” efficiency. Yet, at the same time, Bukharin extols the very system, socialism, that would destroy these relationships for him and for everyone:

My sweet Anushka! My Darling!

I write to you on the eve of the trial, and I write to you with a definite purpose, which I emphasize three times over: No matter what you read, no matter what you hear, no matter how horrible these things might be, no matter what might be said to me nor what I might say – endure everything courageously and calmly. Prepare the family. Help all of them. I fear for you and the others, but most of all for you. Don’t feel malice about anything. Remember that the great cause of the USSR lives on and this is the most important thing. Personal fates are transitory and wretched by comparison. A great ordeal awaits you. I beg you my dearest, muster all your strength, tighten all the strings of your heart, but don’t allow them to break.

Do not talk carelessly with anybody about anything...

There you have it. Bukharin feels compelled to say that the great Union of Soviet Socialist Republics (USSR) is “the most important thing.” And be careful, oh, so very careful, what you say to anybody. Political correctness on steroids. That’s socialism in a nutshell for you.

No doubt the stated intentions are oh-so-pure and oh-so-good, like “liberte, egalite, fraternite.” It’s the sort of compassion Flannery O’Connor wrote of when she noted that “tenderness leads to the gas chamber.” That’s because, at the end of the day, socialism is a manipulative machine of human cruelty powered only by a blind greed for power. It forces people to finely mince their words, or remain silent.

Of course it operates under the fig leaf of “equality.” Because how else can it seal the deal?

Socialism Is a Well-Trod Path to Absolute Power

Somehow, a lot of folks missed the memo that a system without checks and balances on political power is conducive to creating power-mongers, and even monsters. Lord Acton famously stated: “Power tends to corrupt and absolute power corrupts absolutely.”

Lord Acton’s warning is oft quoted, but little noted, despite the fact that history proves it correct time and bloody time again. Witness Nazi Germany, Mao’s China, Kim Jong Un’s North Korea, Pol Pot’s Cambodia, and myriad other examples. Lord Acton’s statement has even been laboratory-tested, and you can check that out in this Leadership Quarterly article.

Bukharin’s Bolshevik comrades had held him in the highest esteem. He was a prominent leader of the Russian revolution and party theorist who worked side by side with Lenin himself, the firebrand who overthrew czarist Russia and entrenched communism there. Lenin even dubbed Bukharin “the golden boy of the revolution.”

But Bukharin basically had two killers, as did all of the other cronies in the government’s power clique. One, of course, was the Soviet dictator Josef Stalin. The other killer was the ideology of socialism that Bukharin put into place—a system of unchecked power that grows monsters like Stalin.

We need to remember that, when soft socialism with its siren song of “equality” is left to its own devices, it takes ever more rigid forms. The political hubris of “progressives” who know better than you and me—and with such utter certainty—always leads to central control, corruption, cronyism, censorship, and abject conformity.

The more than 100 million victims of communism shows just how slippery a slope socialism is. Any person of goodwill who is familiar with the history and realities of socialism would do everything possible to avoid going down that minefield of a road. 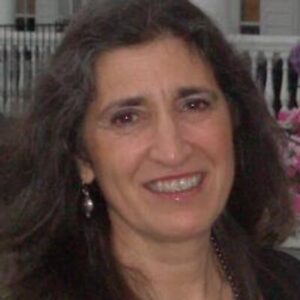