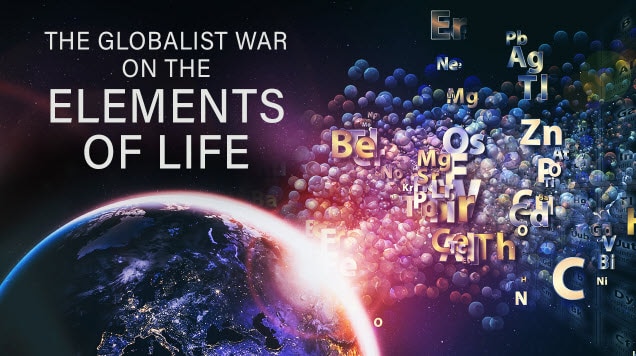 (Note: Be sure to watch the excellent short video at the end that ties all of this together. This video is one of the very best explanations that I've ever seen. It resonates with my  science background.)

This article may contain statements that reflect the opinion of the author.

(Natural News) We’ve just released a bombshell new mini-documentary that reveals the globalist war on the elements of life.

Closed-captioned for the hearing impaired, this 17-minute mini-documentary is a powerful deep dive into the anti-human agenda of modern “science” which has declared war on three elements from the Table of Elements:

Without these three key elements of life, life as we know it is not possible on planet Earth. Without CO2, all plants would die and food crops would be decimated. Without carbon, no living creatures could exist at all. Without nitrogen, no plants could survive, including rain forests, grasses, sea vegetables and food crops. The attack on these three elements is also a war on marine life and aquatic ecosystems, as water-based plants also need CO2 and sunlight to survive.

See the full mini-documentary below for details on all of this...

Nitrogen is now under attack by regulators in The Netherlands, Ireland and other European countries that claim animal herds must be culled in order to eliminate animal urine that contains nitrogen. This “war on nitrogen” is a war on meat production and the global food supply.

Carbon dioxide, the “miracle” molecule for life on Earth, has been designated by the corrupt, anti-science EPA as a “pollutant,” which has enabled the EPA to vilify and attempt to dismantle any source of CO2, including energy production facilities such as natural gas plants that produce electricity.

Even sunlight is under attack by the globalists who falsely claim “global warming” will destroy the planet. So they are trying to block the sun and deprive plants of the sunlight necessary to achieve photosynthesis. Waging war on the elements is one thing, but in the name of “science,” the globalists are even waging war against the sun.

What they hope to achieve is a dead, dark, frozen planet, completely devoid of life. That would be the result, too, if they were to eradicate carbon, carbon dioxide, nitrogen and sunlight.

Present-day “science,” in other words, has become a death cult.

Be sure to watch the following full mini-documentary that ties all of these concepts together: 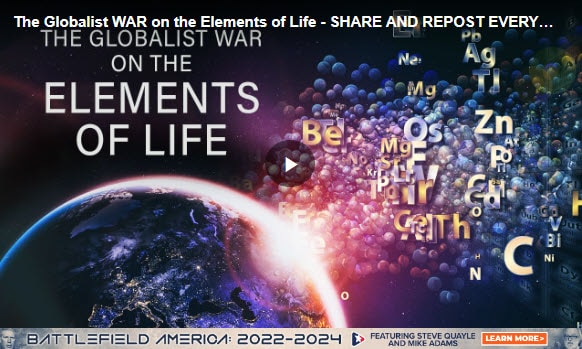 Posted in Climate, War
← The mass culling of the HUMAN HERD is now under way… here’s exactly how it’s being accomplished to achieve mass exterminationBirx Lied, Freedom Died, Jabs Destroy the Unnborn, Get the Jab and Spread COVID, & Avoid Novavax →