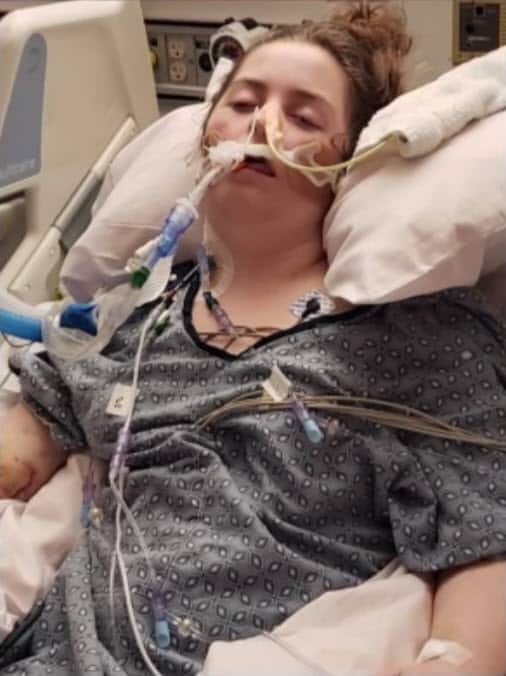 There have been many tragedies in this journey. Emma was a healthy teenager when she took the shot.

Emma, who was a babysitter while in high school, took the injection because she was told it would protect infants. She had no idea her life would be forever changed. She had no idea she was about to become a literal victim of propaganda.

Shortly after the shot, Emma had four strokes. She was hospitalized for many months. With tremendous work and courage, she has regained some of her ability to walk and some of the use of her hands. She’s fighting to fully recover.

AFLDS is fighting on behalf of all the people wrongly affected. Emma’s story did not have to happen. I met Emma while she was in a rehabilitation center and I was moved by her courage and her warmth, her care for children.

Her story needs to be told. Emma needs to know people are speaking about her and her story – because if we can get more public awareness about these tragedies, things will change.

The drug companies are given immunity while they reap huge profits. (Pfizer expects $54B in 2022 on Covid vaccine sales.) We cannot let them steal the healthy bodies of young people. We must take back our country from medical tyranny.

Sharing Emma’s story is an example of an action we’re taking to bring to light truth. Click on the following image to watch the moving story of Emma. Share it on social media. (Be sure to activate the audio when the video starts.)

Thank you and God Bless.

The funds from this campaign will be received by Kathleen Burkey. 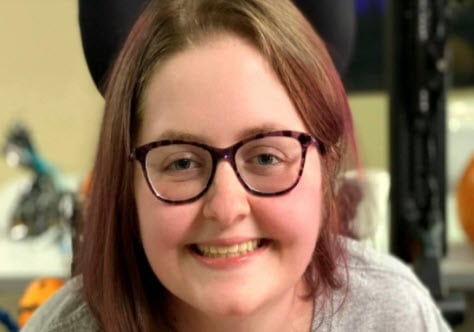 Emma Burkey, 18, became seriously ill with seizures and clotting in the brain following her vaccination with the Johnson & Johnson COVID-19 one-dose vaccine on March 20, 2021. Emma was initially treated at St. Rose Hospital, Siena Campus in Henderson, Nevada beginning on March 30, but was subsequently airlifted several days later to Loma Linda Hospital 's (near San Bernardino, California) special neural treatment unit. Emma was put into an induced coma, ventilated and at least three brain surgeries have been done to repair blood clots. If you follow the national news, the J & J vaccine was put on hold because of these rare cases (now as of April 23, the J & J vaccine has been re-released). Unfortunately, Emma is the "one in a million" here.

Russ & Kathy Burkey have been at Emma's side since this all began. Her older brother, Cooper, had to hold down the household while they were all in southern California for months.

We are doing a GiveSendGo to help the family with the expenses of her treatment, airlift, therapy, and the 100 other things that happen when life is interrupted.

Russ & Kathy Burkey have been highly engaged in the Las Vegas community for many years. Kathy is a partner at Sunrise Carpentry, Inc., and Russ' ministry help at The Hastening, Walk Church, and especially Friends in the Desert has been gratefully appreciated.

Thanks for all your help!